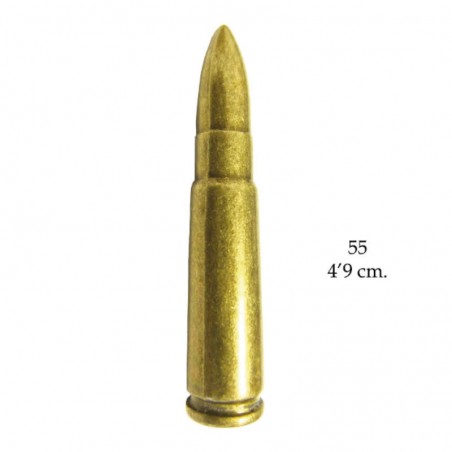 The AK-47, acronym for Automat Kalashnikova model 1947, was designed in 1942 by Mikhail Kalashnikov, a Russian fighter during World War II. The peculiarity of this rifle is its system of cartridge refilling, which uses the force of the combustion gases produced by the shot to facilitate the placement of a new cartridge in the chamber of the weapon and expel the bush already used. In addition, its curved magazine, which gives it greater capacity in a smaller space, is also a distinctive sign.

Converted into the official rifle of the USSR between 1947 and 1978, it is currently the most used firearm in the world. In 1949 the Red Army adopted it as the main infantry weapon, replacing the PPSh-41 submachine gun, although it was not until 1954 that it entered service on a large scale. It was subsequently chosen by the Eastern bloc countries in the Warsaw Pact as a regulatory weapon for their armies during the Cold War.

Enjoy the iconic replica of the AK-47 Soviet assault rifle and relive episodes of the Red Army! 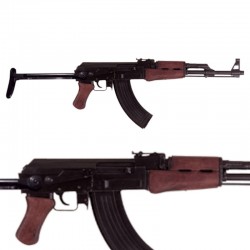 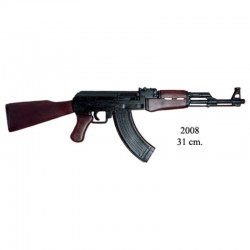