The Parabellum or -Parabellum-Pistole-, popularly known as -Luger-, is a semi-automatic recoil-actuated gun. The design was patented by Georg Luger in 1898 and was produced by the German arms factory Deutsche Waffen und Munitionsfabriken (DWM) from 1900. The Luger system design is based on an earlier Hugo Borchardt pistol, known as C -93. Luger redesigned Borchardt's system, achieving a much smaller bolt and slide assembly. The first Parabellum pistol was adopted by the Swiss Army in May 1900. In German service, it was succeeded and partially replaced by the Walther P38 using the same 9 x 19 Parabellum cartridge.
The registered factory name for this weapon was -Parabellum-, the first to call it -Luger- was its US distributor Hans Tauscher. The name Parabellum comes from an old Latin saying: -If vis pacem, for bellum-, If you want peace, get ready for war.
The Parabellum is well known due to its use by the German army during the First and Second World War, as well as by the Weimar Republic in the interwar period and the German-Eastern Volkspolizei in the postwar period. Although its first models were manufactured in 7.65 mm caliber, its 1908 model, known as P08, gained fame for being the gun for which the 9 x 19 Parabellum cartridge was developed.
The 7.65 × 21 mm Parabellum, also known as 7.65 mm Luger or .30 Luger, is a pistol cartridge introduced in 1898 by German arms manufacturer Deutsche Waffen und Munitions Fabriken (DWM) for its Parabellum gun The first designers were gun designers Georg Luger and Hugo Borchardt, who developed it from 7.65 x 25 Borchardt while working at the DWM. 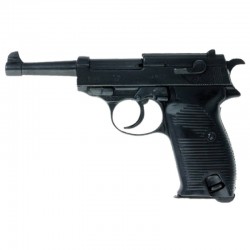 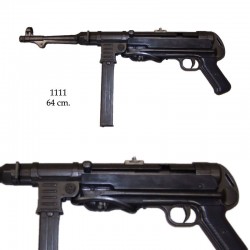 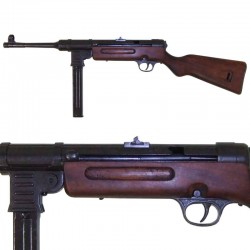 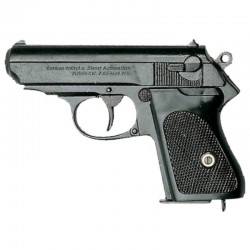 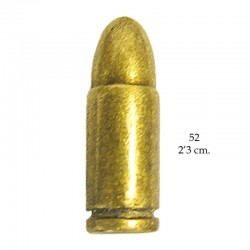 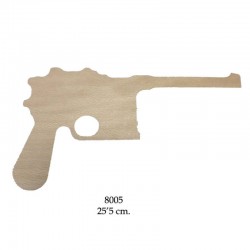