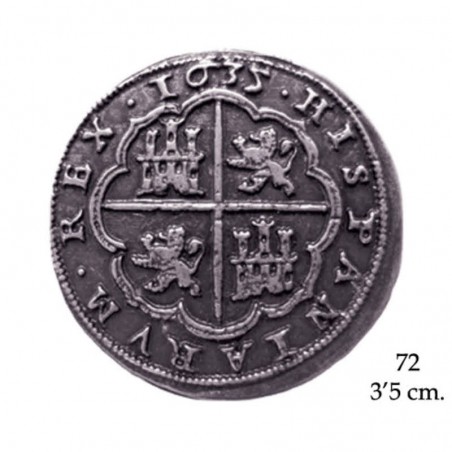 The Royals of 8 had a nominal value of 8 reais in Spain; Often the coins were physically cut into eight pieces, or sometimes in four quarters to achieve a smaller change. This is the origin of the expression: -it has no more than four quarters-, in the Castilian world or the colloquial name for this currency and also in the Anglo-Saxon of -pieces of eight- and of the origin of the name of -quarter- and - two bits- (two pieces) for twenty-five cents in the United States. 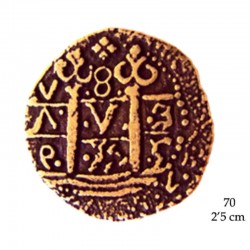 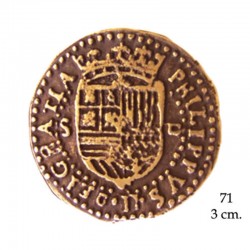 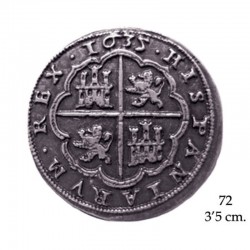 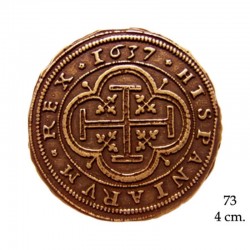