Replica of sword inspired by the one used by the character of "Conan" during the films filmed in 1982 and 1984, and starring Arnold Schwarzenegger.

By clicking on the images you can get more information:

Conan obtained the sword because, while he fled from dogs, he hid in a grotto, which turned out to be an ancient tomb of a king whose corpse remains seated on his throne holding the magnificent sword that Conan takes as his own.

Curiosity of the sword in the film: For the film two different swords were forged, valued at 10,000 dollars each.

Below, some images of the films in which you can appreciate the Atlantean sword of Conan. 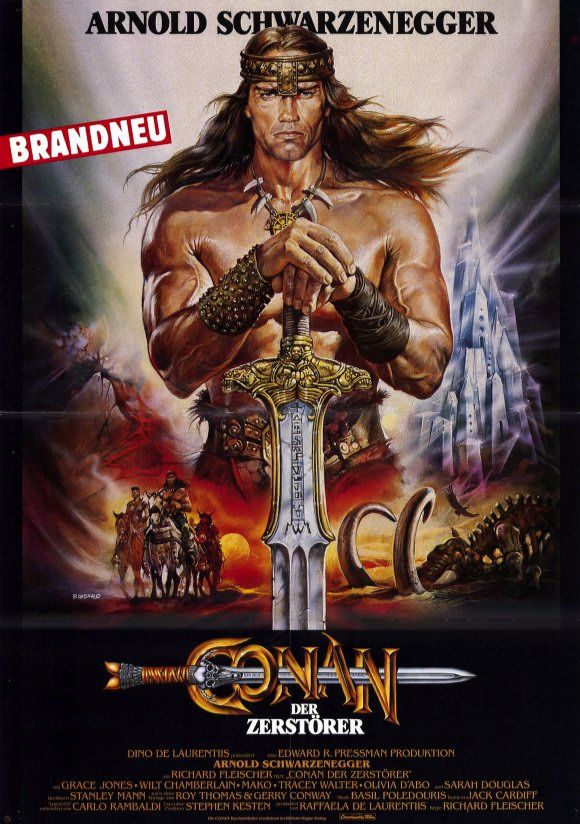 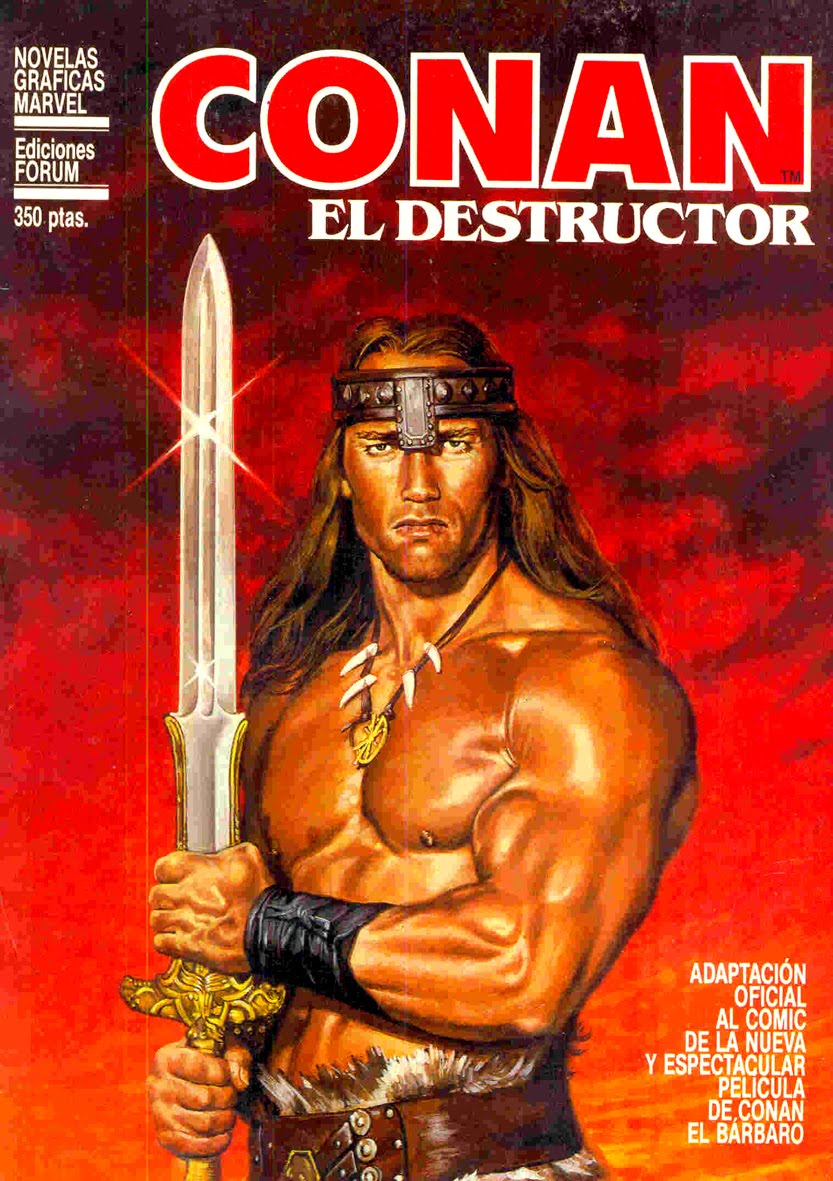 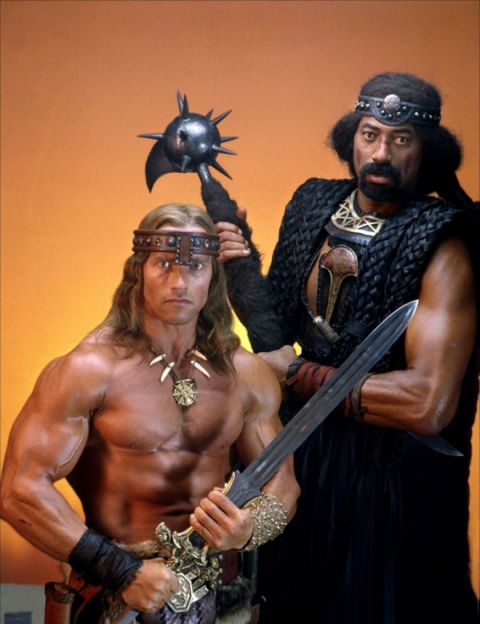 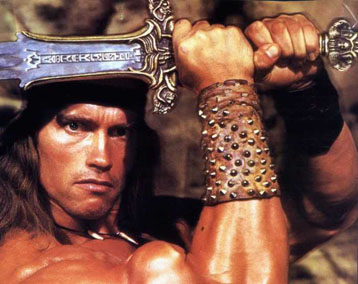 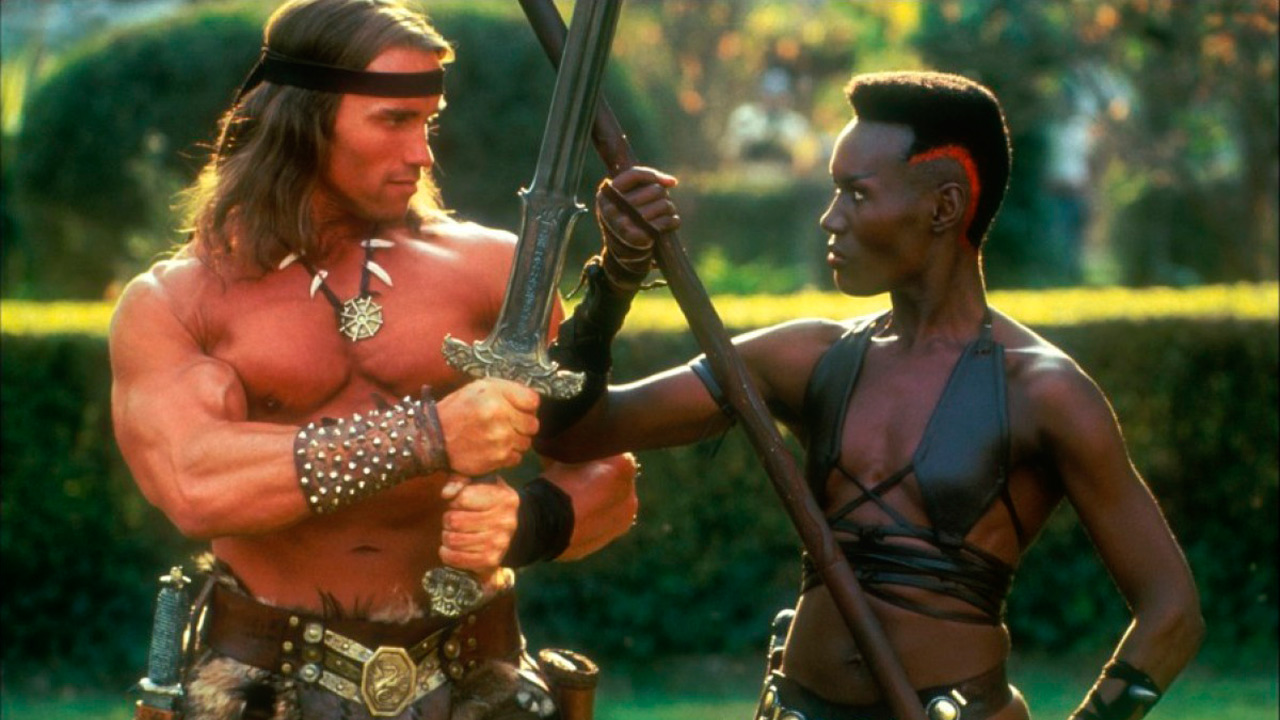 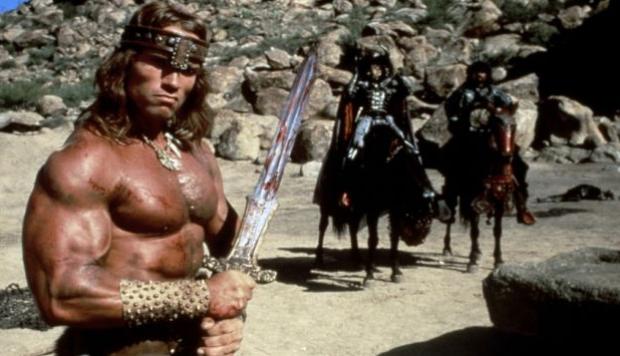 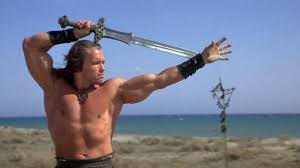 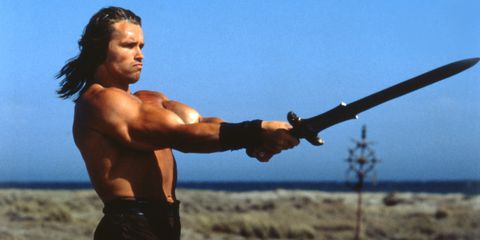 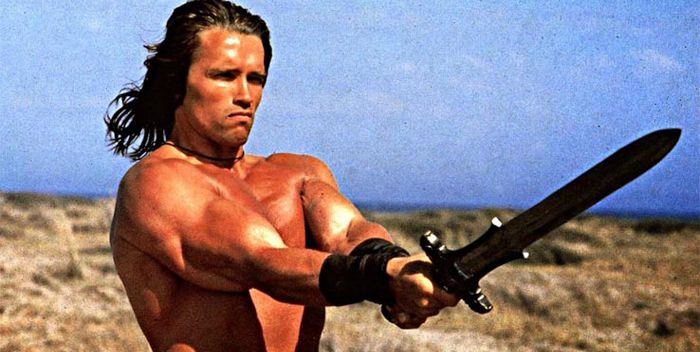 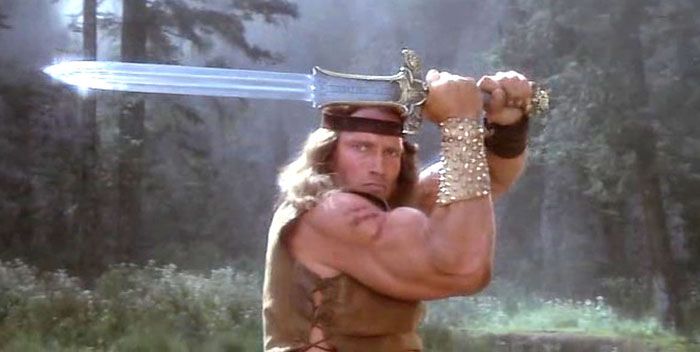 Other weapons inspired by Conan's films

Other weapons (daggers, axes, halberds, ...) inspired by the weapons used in the films are the following.

By clicking on the images you can get more information: