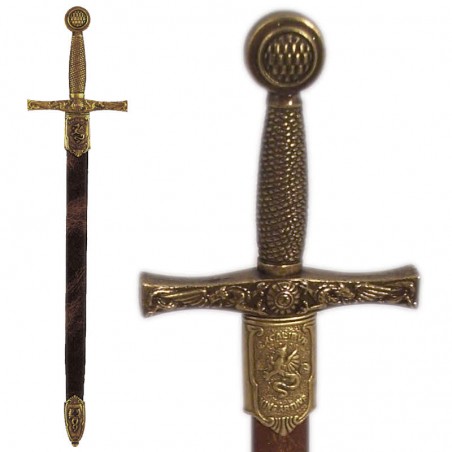 The story of King Arthur is closely linked to the magical and mysterious sword Excalibur, whose name means -Cut the steel-, which was one of his many properties. It was also said that the Excalibur sheath possessed the ability to protect whoever carried it, preventing it from being damaged or injured.
There are several legends of how Arturo got this mythical sword; There are two versions that stand out above the others: the first speaks of Excalibur as the sword drawn from a rock by Arthur, and the second, as the sword entrusted to the young king by the Lady of the Lake.
In the first version, which Geoffrey de Monmouth relates, it is said that when King Uther Pendragon died, Merlin forged on the island of Avalon the mighty Excalibur sword and buried it in a steel anvil on a rock near the rock. St. Paul's Cathedral; who could draw the sword from his bed, would be the legitimate king of England. When Arturo reached sixteen years of age, his father took him with his brothers to London to participate in a fight between gentlemen. While searching for a sword for his brother Kay, Arturo firmly grasped Excalibur, and when he lifted it the blade slid smoothly. And so, immediately, he was crowned king.
Feel part of the medieval battles beside King Arthur and the Knights of the Round Table! 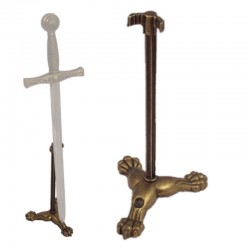 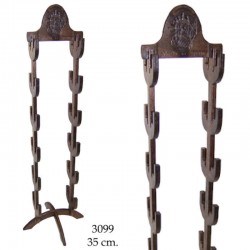 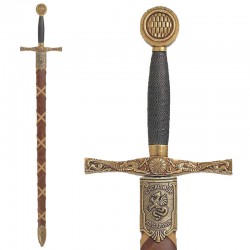