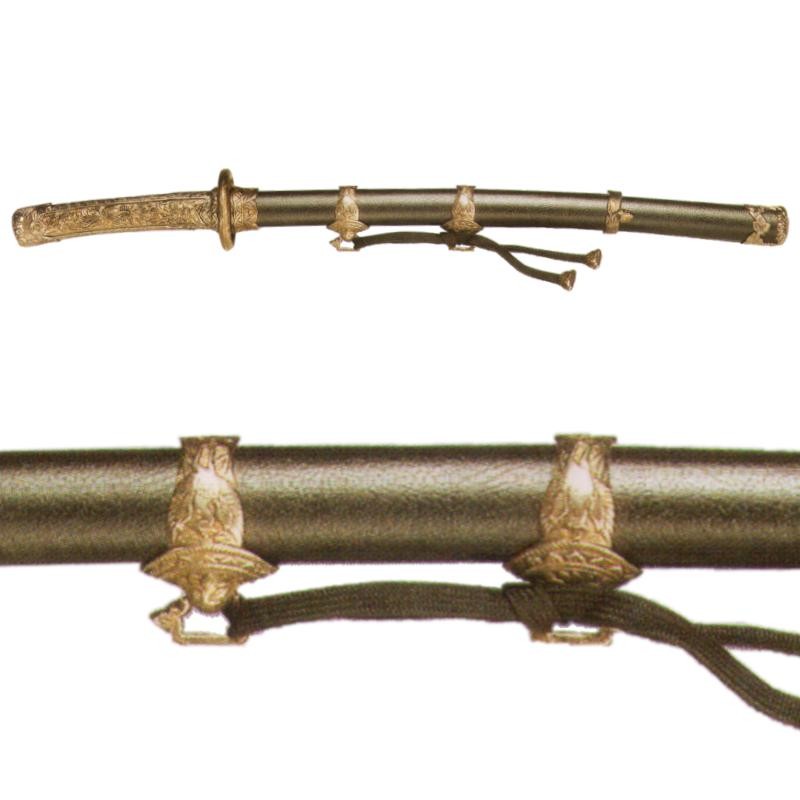 The tachi was the classic samurai sword and hung with the blade down. This type of sword had to be drawn with both hands, so the bow had to be left to use it.

Later the katana was developed, which, together with the wakizashi, were known as daishō (大小? Lit. "big and small").

When a samurai wore full armor, the katana hung blade down, and the wakizashi was sometimes replaced by a tantō, which came to be considered one of the most important weapons on the battlefield.

A good sword was said to be capable of two things: cutting seven bodies stacked on top of each other, and being sharp enough that when submerged in water it could cut a water lily floating on the surface.