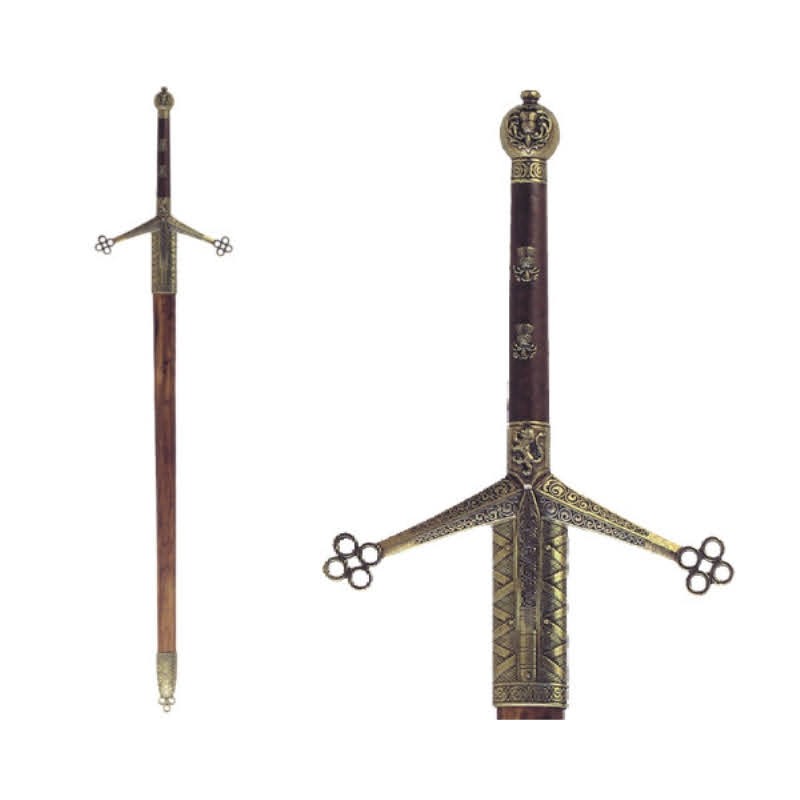 A claymore (great sword in Scottish meaning) is a type of sword whose use of both hands was required to be wielded (upright, controllable or greatsword), sharpened by the two sides of the blade, possessing a long-handled hilt (at minus a quarter of the total of the weapon), which allowed the user to support it without the need to force the maneuvers, nor to grab it by the base of the blade.
This command was characterized, above other details, for consisting of its garrison in an advanced arriaz on the leaf, constituted by two symmetrical arms finished off in ornamental scrolls that form a triangular vertex, configuring a powerful hawk that made it possible for those who wielded them, and who could not protect themselves with a shield, to carry out actions to stop the weapon opponent 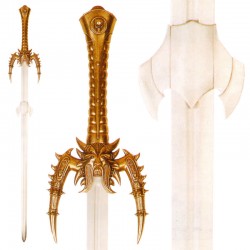 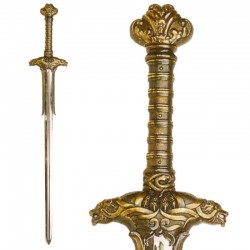 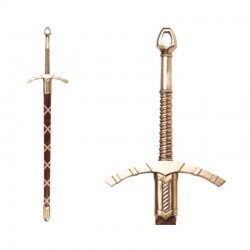