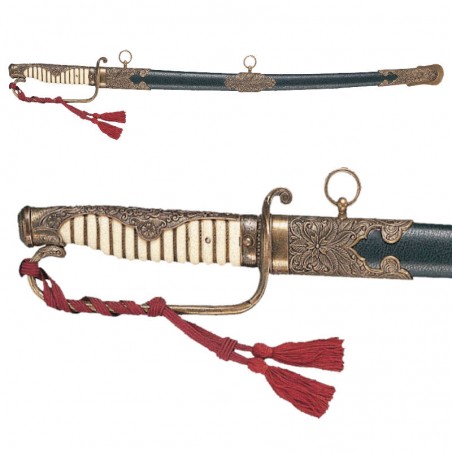 Saber made of metal with lined and removable plastic sheath.
The saber is a curved and single-edged sword, intended for cutting, usually used by cavalry and by infantry and marine officers between the 17th and 20th centuries.
The curved character of its blade traditionally differentiates it from the sword and its objective is to get a man, when unloading the arm with this weapon, to draw a wide circle on the opponent, achieving that the cutting point of the saber always be tangent; arose from the need for speed in combat, which is achieved by cutting and not leaving the blade of the weapon embedded in the body of the adversary. The sabers thought for the cavalry have a great curvature, they are almost circular, however, the sabers for the infantry and the navy have a lesser curvature, because they give greater importance to the defensive function: keep the enemy away and stop their blows. 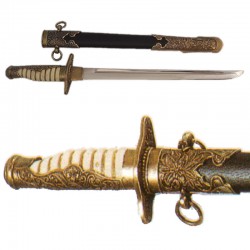 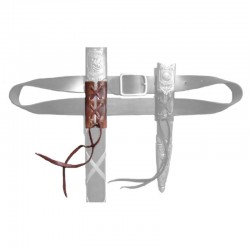 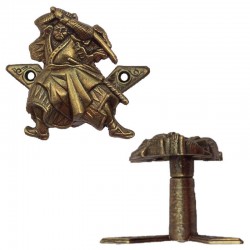 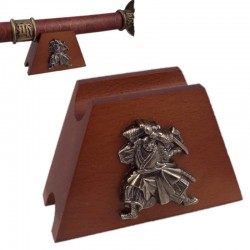